This is it! The last part of My Trilogy… You’ll need to read this first and then this… so that you’ll be able to savor what happens here… Go read those and I’ll be here waiting for you…

“It looks like you have cleared the virus to a negative level.”

I grabbed my keys, ran out of my apartment and attempted to drive away. In between my wailing and gasping for air, I didn’t make it out of the parking lot. I was crying hysterically. 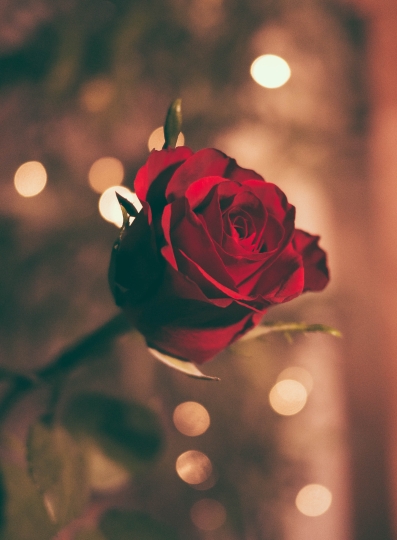 Just like that. It was gone. I was UnMarked. I would no longer have to remember my ‘first’ with this Scarlet H.

In His mercy, God didn’t just forgive me, but he literally wiped away every trace of my sin. I could now write alongside the Psalmist…

“Praise the Lord who forgives all my sins and heals all my diseases.” Psalm 103:3

Two nights before I returned to see the same doctor who had diagnosed me… I was in my room, journaling and listening to worship music, when God interrupted my thoughts with a  conversation that went something like this…

Me: Oh yeah God, I hear you. I’m already serving in the video ministry and the campus ministry, you want me to do something else?

God: (silence) —I knew what he meant, he wanted me to stop hiding.

Me: No God, I’m good. People are going to find out I have this disease and they’re not going to want to be around me, I think this set-up I have going on now, is best for everybody.

God: I healed you a long time ago.

Me: Yeah, I know God. I’m healed of my bitterness and un-forgiveness. Thank You very much.

God: (silence) — I knew he meant physically, but my mind couldn’t fathom how that could’ve been possible.

There was only one way to find out if I had really heard from God.

I didn’t have to lay naked on that hard brown bed, this time I sat in the chair. I asked her, “What are the chances that I don’t have Herpes anymore?

“Slim to none,” she responded. “Even if you haven’t had an outbreak, it is a viral disease and remains in your blood for life.”

I could hear the heaviness in her voice, she didn’t want to break this devastating news to me twice. She tried to discourage me from getting tested again.

I didn’t have the audacity then to say, “God told me He healed me woman! Get this test done… Quickly!” Instead, I told her that I understood her concerns, but would take my chances and get tested again.

I started to doubt that I had actually heard from God. Maybe it was just my deepest heart desire revealing itself in my thoughts.

There was no turning back now, I was already sitting in the lab chair with that blood pumping rubber band around my arm.

I went from open-blister-like-canker-sores invading my most intimate place to test results showing the virus had been cleared to a negative level.

The next day I went to the student clinic and asked the clerk for a copy of all my medical records.  I went home and stared at the two reports side by side… checking my name, social security number, birthday and patient number to make sure they all matched. It was all accurate.

I was witnessing a miracle.

At 28 years old (10 years later in a new state), I went to get tested again … and my results came back negative again. My new doctor doesn’t know my story, yet as I pressed her about my genital herpes results, she reassured me that my test had come back negative and it’s not possible that I ever had genital herpes and mailed my results to confirm it.

So, Vulnerabites, here I stand before you, a young lady ‘touched by God,’ who wants the world to know that God Still Heals.

Vulnerabites, Thank you so much for ‘unpacking’ this experience with me. After publishing my initial post, I realized that this time in my life holds so much more content than three blog posts, I think I may have to write a book after all, but it is my hope that someone is encouraged by what God Has Done Through Me.

View all posts by thenakedwriter